I'm sure it helps that it's Demi Moore's qik account, and that Bruce Willis is in the shot ("Are you twittering?"), but I find stuff like this to be greater than 95% of the content on television, and therefore I don't feel the least bit bad about not having seen any in the last few years.

EDIT: I'm not sure exactly how I'd categorize the next live video I encountered today, but probably still more interesting than television... Love ya, Randall!
Live Streaming by Ustream.TV 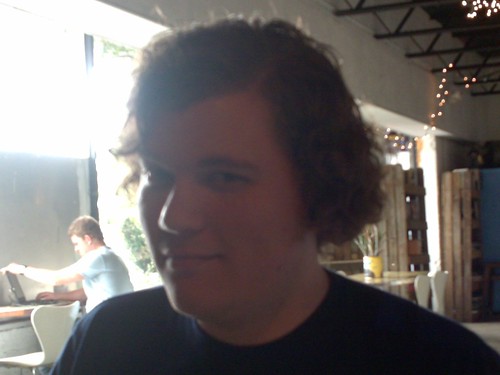 I first met Josh on the interwebs - probably the BarCamp Orlando mailing list, or Coworking Orlando, or one of those. He's generally involved in lots of local stuff, and we have only seen the beginning, I'm sure.

On Josh's blog, you can find some useful writing about design, usability, Mac stuff, and a few posts related to Josh's job at Canonical, Inc, the guys who bring you such awesome tools as the Ubuntu flavor of Linux. I also found this post about the Bazaar (bzr) version control system helpful.

Josh is just one of the Canonical Software guys in Central Florida, don't ya know? We've also got Elliot Murphy and Phil Fibiger (congrats on the new job, Phil!) who represent the Ubuntu/Launchpad/etc/awesomeness, and for all I know, they're just the beginning.

Josh is also active with (organizes?) the Orlando Python User Group, or @opug. Among the exploits of OPUG are the pending wiki-fication of the BarCamp Orlando website, completion date TBD.

Josh, consider yourself tagged. Go and spread the good word of a creative peer who inspires you, and hopefully one who is from Florida. This message will self-destruct in 36 hours. Go.